If you’re looking for a place to eat that offers delicious vegan fare, consider a place like Julie Goes Green. This tucked-away gem in a West LA strip mall serves various tasty vegan dishes. The restaurant has a small dining room and also offers takeout. While the food is not necessarily fancy, it is comfort food for the vegan palate.

This unpretentious strip mall outlet serves up fresh, homemade vegan burritos. The vegan menu is varied, and the prices are reasonable. The staff is knowledgeable, and the food is delicious. The atmosphere is unpretentious, too. If you’re in the area, you should try El Cocinero.

This vegan restaurant is a spin-off of the popular Vegatinos pop-up launched in 2020. Its menu features homemade meats, vegan sauces, and traditional Mexican sweets, like flan. Vegetarians and non-vegans will enjoy this upscale, fast-casual environment.

The vegan sandwich menu is a great way to start the day. The restaurant has various vegan options and is a favorite among vegans in the area. The vegan pizza is made with three types of cheese, and the vegetarian ham and mushroom calzone has a savory cream sauce. If you want to try something new, you can order the vegan-friendly chorizo breakfast sandwich. The vegan-friendly restaurant also offered meatless salami and loaded Italian.

The restaurant has an excellent selection of vegan Italian food. There are many vegan kinds of pasta to choose from, such as the shiitake bacon-filled carbonara. You can also try vegan pizzas, like the capriccioso or the San Gennaro. The Bianca diabolical is another excellent option.

Located in West Hollywood’s Design District, Gracias Madre is an ideal spot for vegan dining. It features a modern ambiance, bold Mexican flavors, and an incredible cocktail menu. The restaurant also has an outdoor patio adorned with plush sofas and mosaic-topped tables. A fire pit and olive trees add to the ambiance.

If you’re looking for Italian cuisine, try Pura Vita. The restaurant focuses on sustainable ingredients and regenerative farming methods. You’ll be happy with their vegetarian and vegan pasta and pizza selections. You’ll find a takeout and dining area at this small West LA spot. The food here is excellent and will make you feel like you’re eating comfort food.

While it’s not the first vegan restaurant to open in Los Angeles, Monty’s Good Burger has already garnered a following. The business is already showing signs of growth, and the partners hope to expand to other areas of California. The owners originally wanted to open a plant-based burger stand in a food court in Riverside, but found a better space for their idea in Koreatown. The restaurant’s five partners each put in $20,000 to open the shop. They never really worried about making money, either, so they didn’t have a business plan.

Originally, Monty’s Good Burger served only vegans, but it’s quickly become more popular among non-vegans. The popularity of meat substitutes such as Beyond Meat and Impossible has caused Monty’s to expand into a more mainstream restaurant with a broader clientele. Meanwhile, the founders are Disneyland acolytes and even offer a birthday pin inspired by the theme park. 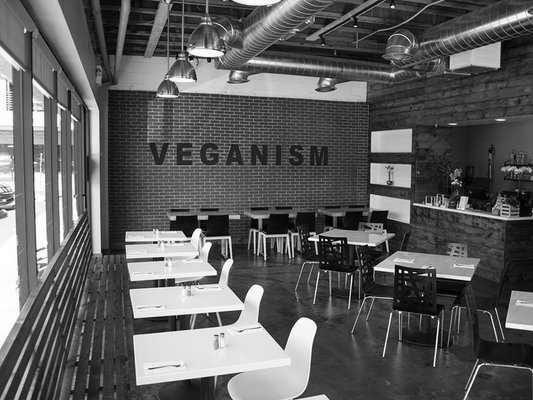 Sage Vegan Bistro is the place to go for those who don’t eat meat. The outlet serves up original comfort food entrees and in-house craft beers. The menu is also diverse and offers an array of different vegan options. While the restaurant may be a bit pricey, the food here is well worth the price.

Sage Vegan Bistro is an Eastside fixture and a staple in the Los Angeles vegan food scene. The restaurant serves hearty, plant-based fare for the whole family. Their philosophy revolves around sourcing organic produce and celebrating life. The food is delicious and made using only the freshest and healthiest ingredients. Sage has several locations throughout Los Angeles and also offers catering.

Sage Vegan Bistro has been around for a long time. It started as an ice cream shop on Arroyo Parkway and eventually expanded to include a full menu. The restaurant has since moved to its new location in One Colorado Courtyard. The restaurant owner, Mollie Engelhart, is known for her work as a producer. After creating her documentary, May I be Frank, she decided to focus on her dream of opening a plant-based restaurant.

Whether you’re looking for a tasty breakfast or lunch, the restaurant’s expansive menu is a great place to eat. Breakfast is served daily, with options such as savory chilaquiles and pancakes made with sweet potatoes. The restaurant also offers several options for lunch and dinner, including a family dinner. The café also offers online ordering.

Los Angeles is home to some of the best plant-based restaurants in the country. Plant-based cuisine has come a long way, from casual, neighborhood burger joints to five-star restaurants. Here are 18 must-try vegan eateries in LA. Read on for our comprehensive reviews!

Juice Bar: The Juice Bar offers a wide selection of local bottled and fresh cold-pressed juices. You can order a smoothie as a meal replacement or try the Superfood Smoothie, which contains hemp milk, raw cacao, dates, and goji berries. You can also get a vegan version of a traditional milkshake with coconut milk ice cream. 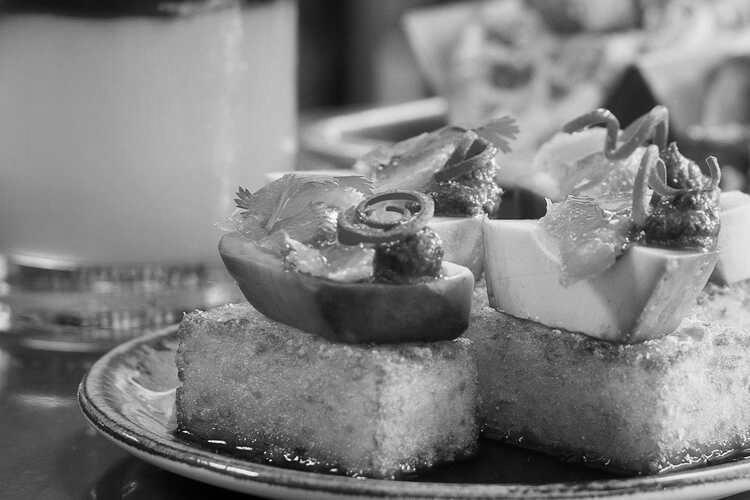 Au Lac: The vegan restaurant Au Lac offers nutrient-packed vegan dishes made from plant-based meat alternatives. Flore Vegan: Another restaurant with an extensive menu, Flore Vegan, offers a full vegan menu with a wide variety of delicious options. The restaurant is known for its attentive staff and vegan-friendly atmosphere.

Rahel Ethiopian Vegan Cuisine: Rahel Ethiopian Vegan Cuisine is a restaurant that’s a bit off the beaten path but offers vegan delights. Located in the vibrant retail district of North La Brea, this place offers an extensive plant-based menu. VegNews have chosen the classic Honeybee burger as the best vegan burger in LA. Made with Beyond and Impossible meats, the burger is served with house sauce, house pickles, and double vegan cheese.

Double Zero is a fully vegan pizza shop in Venice, CA. It is a popular destination for vegans in Los Angeles. The vegan pizzas are made with high-quality ingredients, and the restaurant features an extensive wine list. It also offers outdoor seating. It is a great place to meet friends and have a nice meal.

This restaurant is hidden in a small strip mall in West LA. It serves vegan fare in a cozy, British-style atmosphere. The menu contains various delicious vegan options, and the restaurant even features its brewing operation. It has a relaxed atmosphere and is an excellent place for takeout.

Another great vegan restaurant in LA is Cafe Gratitude. It prides itself on working with local farms and using sustainable practices. It also features excellent vegan salads and bowls. There’s also a clean vegan crunch wrap and an amazing chickpea vegan quiche.

The restaurant is also a great place to get pizza and wine. It serves delicious vegan Italian food. The menu features both vegan pizza and traditional pizzas. The vegan version of the latter has a unique black truffle cream sauce, while the former serves a classic lasagna. Both are great for lunch or dinner. The restaurant has a lovely patio area, as well, where diners can sit outside.